Montana wolf hunting is unlike any other adventure. There is nothing more emblematic of true wilderness than the gray wolf. The howl alone stirs the soul and conjures feelings of a time when wilderness reined. The sight of a wolf brings up something ancient inside us, an understanding of superior power. Since Montana opened the wolf hunt to sportsmen, we have been studying, tracking, and interacting with these remarkable animals, and loving every minute of it. To say they are an awesome creature is an understatement. Make no mistake, wolves are among the most difficult quarry to hunt in the lower 48. That knowledge keeps us sharp, keeps us wanting to learn more, and keeps the trophy a wolf at a unique pinnacle. Make no mistake, a wolf hunt with Linehan Outfitting is a hunting adventure unlike any other!

Wolf tags are $50 each (up to five per person) and can be purchased over the counter at Montana Fish, Wildlife and Parks website.  https://fwp.mt.gov/hunt

Learn more about our pricing options: 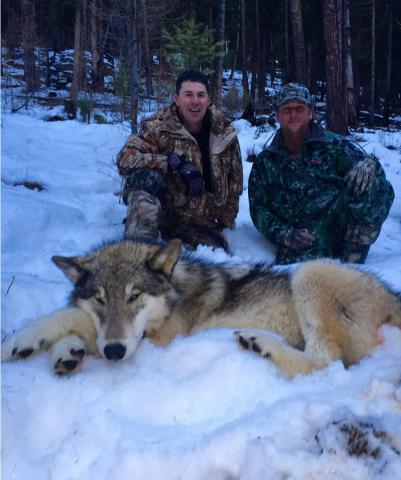 One of the greatest things about living in Montana is the hunting opportunities that the state offers.

Montana is a hunter’s paradise. The abundance of game large and small makes possible numerous hunting opportunities and a range of seasons throughout the course of the year. Linehan Outfitting is thrilled to share that in recent years we have begun to offer wolf hunts as part of our big game operation. Though our outfitting area in Northwest Montana is not overrun with wolves like some parts of the mountain West, they nonetheless exist here in hunt-able number. A Montana gray wolf makes for a memorable hunt and a magnificent trophy.

Wolves are gregarious animals, and they respond quite well to calling. On a typical wolf hunt we’ll cover ground and howl often in hopes of locating a pack or a solo animal. Once we locate animals, we’ll set up for a shot, continue howling, and hope to engage the animal’s native curiosity. Optimally, a wolf will come to investigate when they believe there’s a stranger in their territory. When howling doesn’t elicit a response, we employ predator calls. Wolves rarely pass up an easy meal, and if they hear what they believe is a distressed deer, they will come close to investigate.

If you venture to Linehan Outfitting for a deer or elk hunt, we encourage you to buy a wolf tag over the counter. With this tag in hand, you are permitted a shot if you run into a wolf while whitetail hunting or climbing a ridge in search of elk. If you prefer to focus entirely on wolves, Linehan Outfitting also offers wolf-specific hunts from early December-February 28th. In this winter date range their furs are at their prime, thick and glossy. 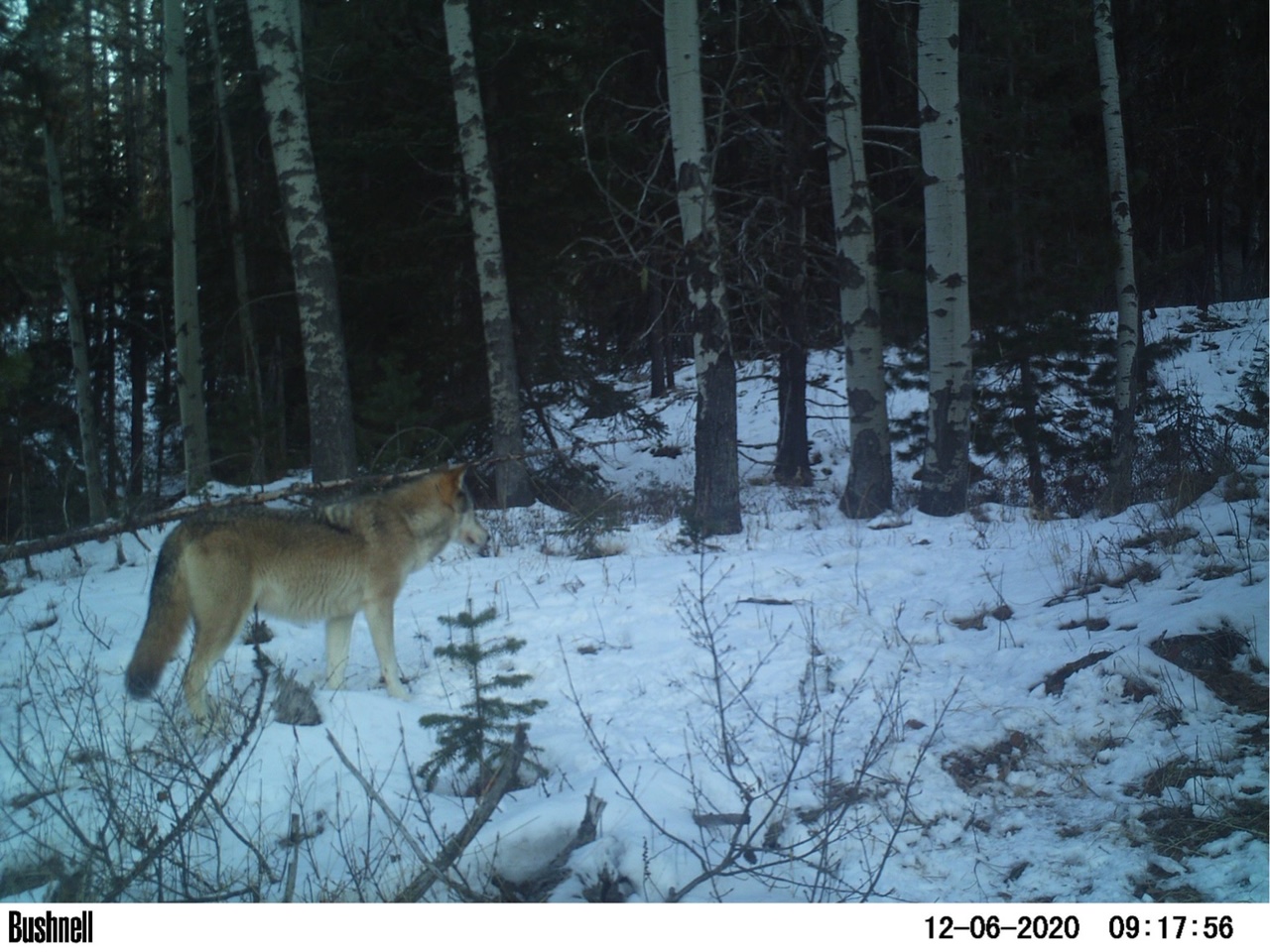 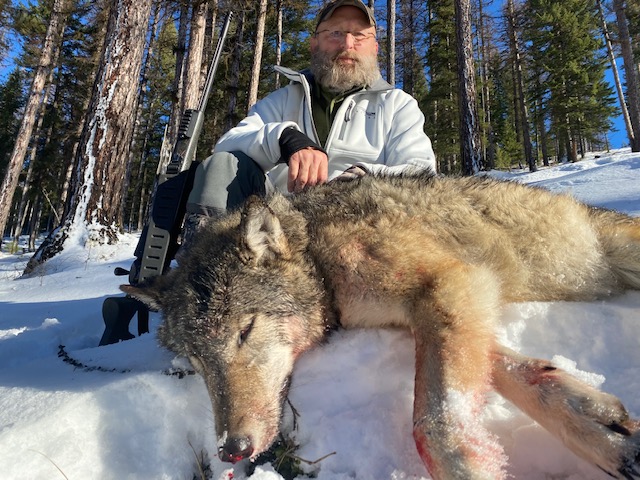 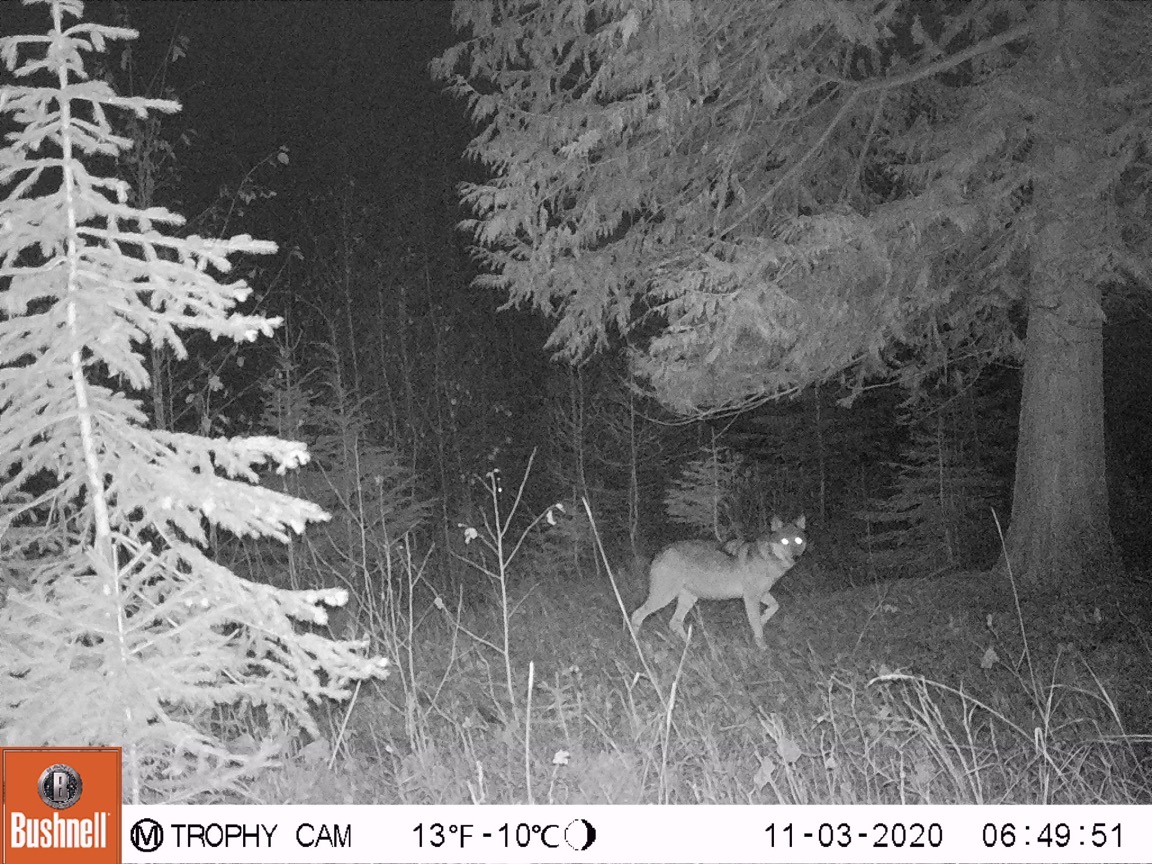 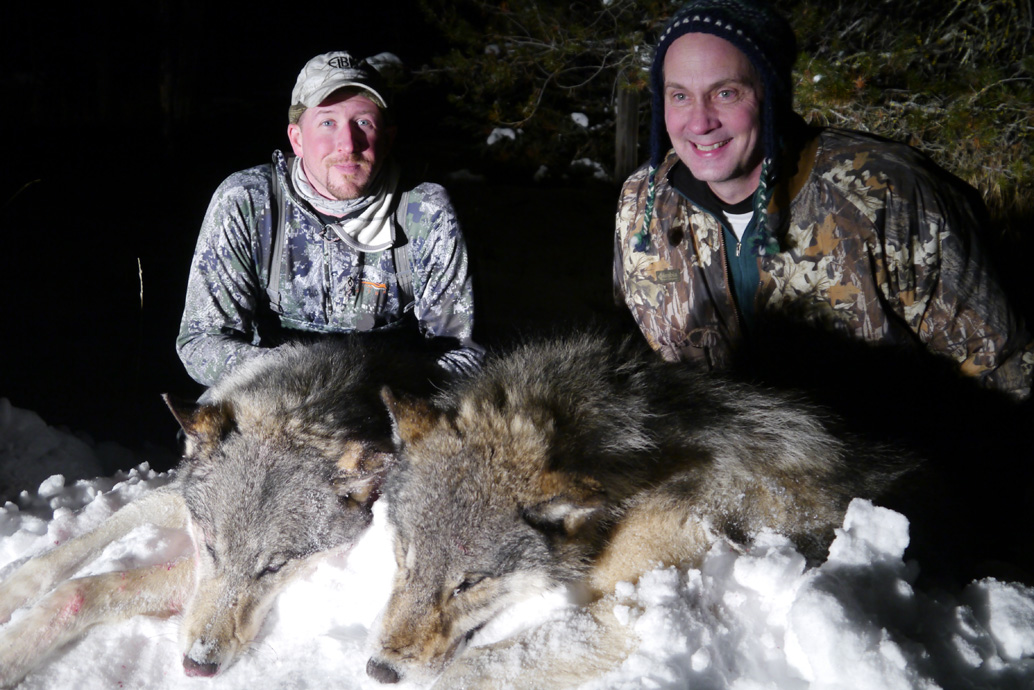 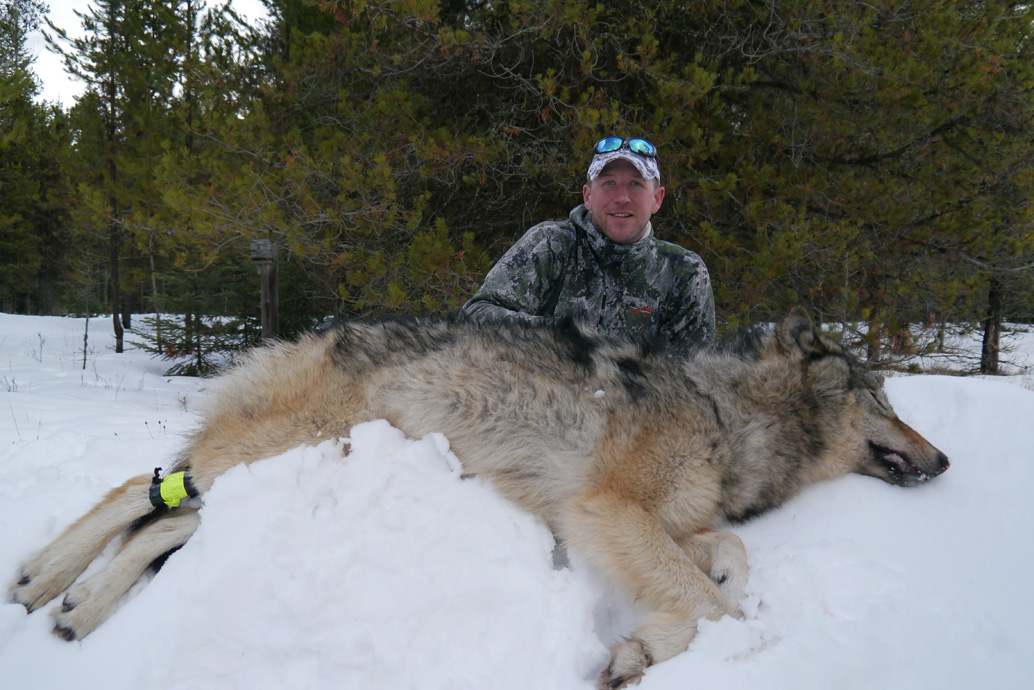 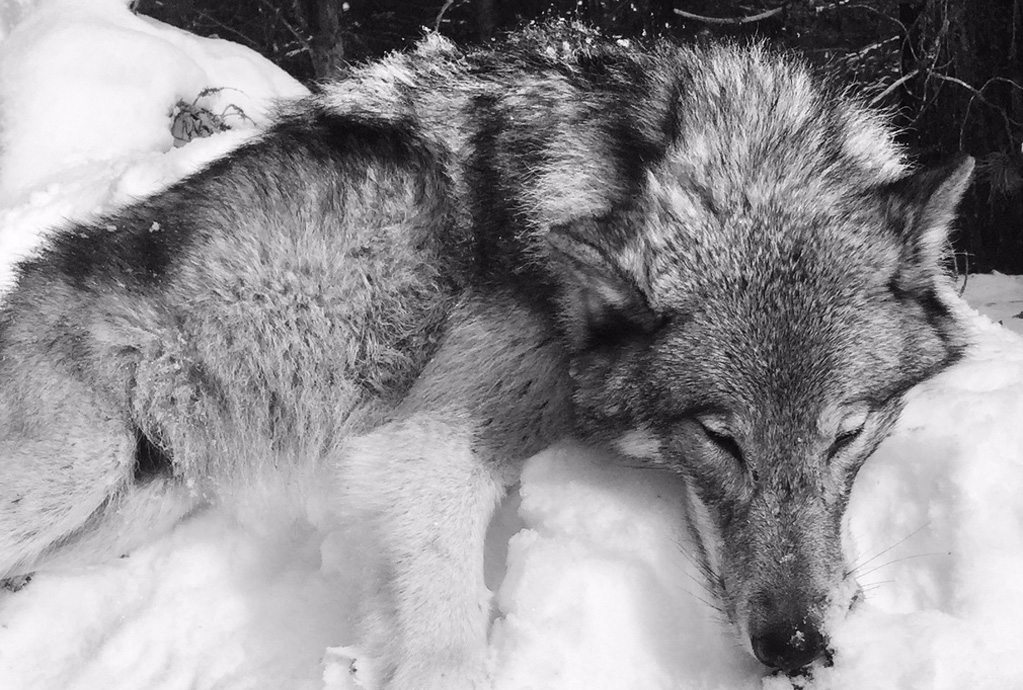 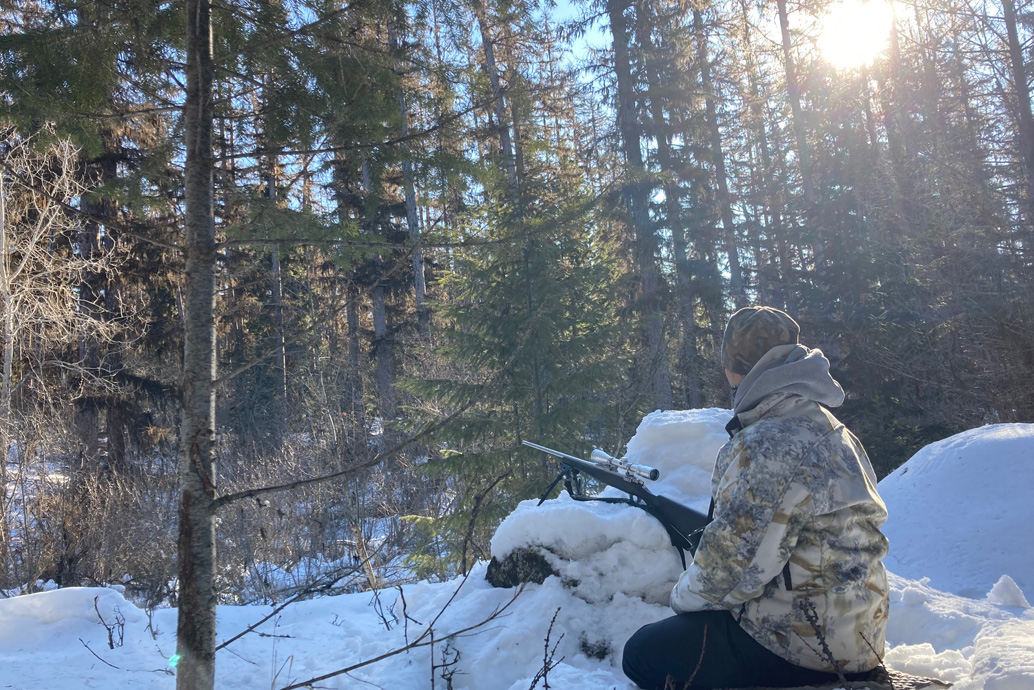 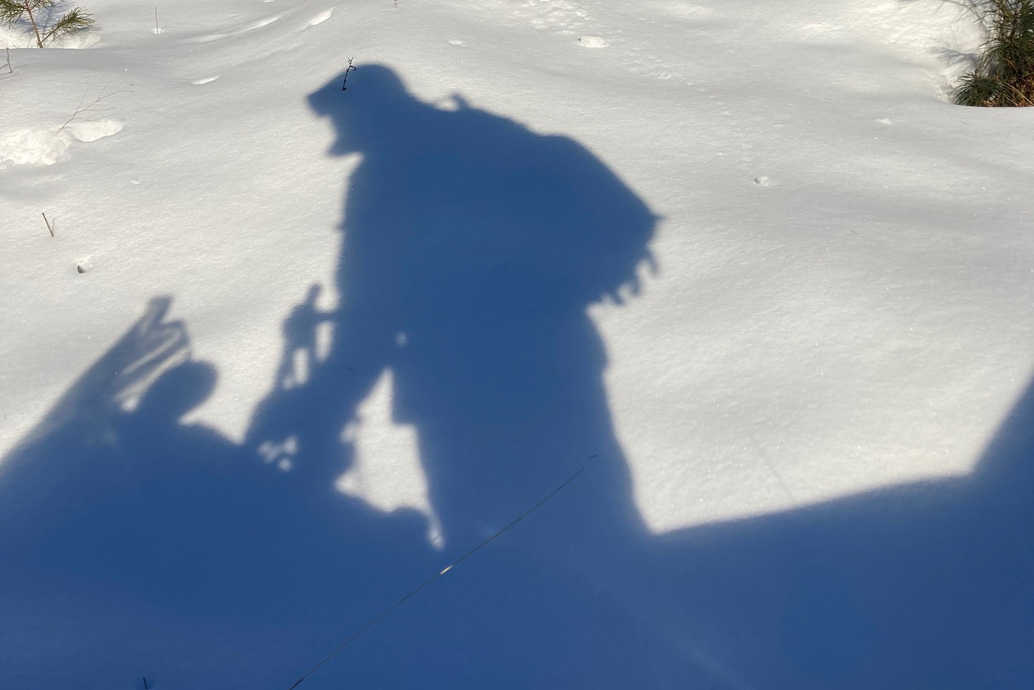 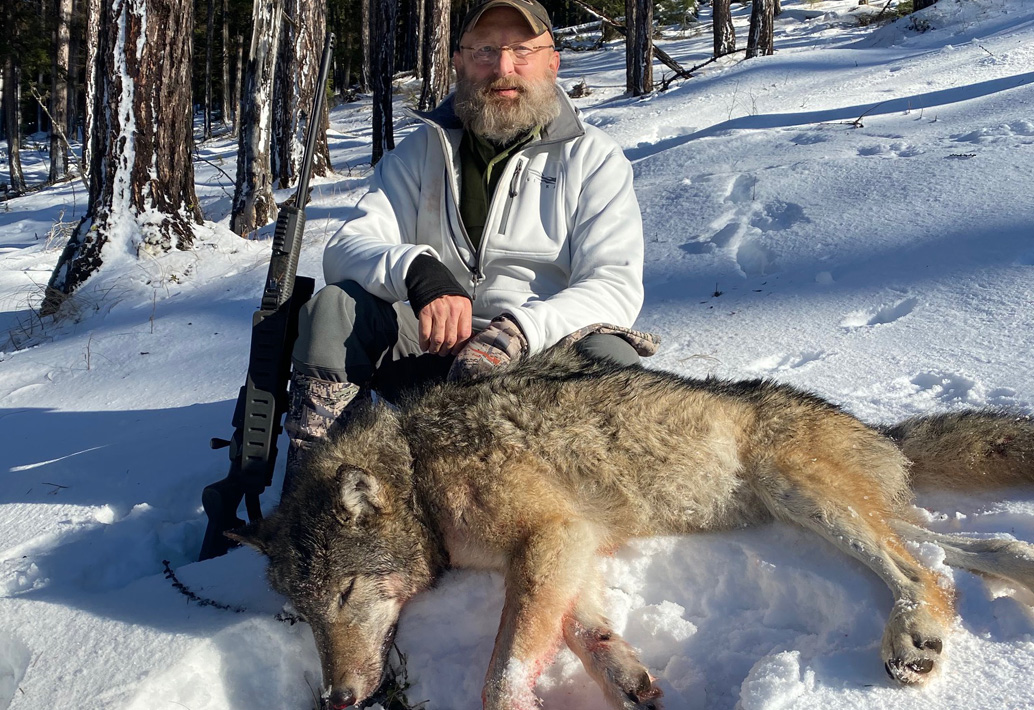